HBase is the Hadoop database modeled after Google’s Bigtable. It is an Apache Top Level Project. This means it is open source. It is however embraced and supported by IBM, etc. It is used by industry heavy hitters like Facebook, Twitter, etc to access BigData. It is written in Java, but there are other API to access it. It has the following characteristics:

HBase Physical (How it is stored on disk) 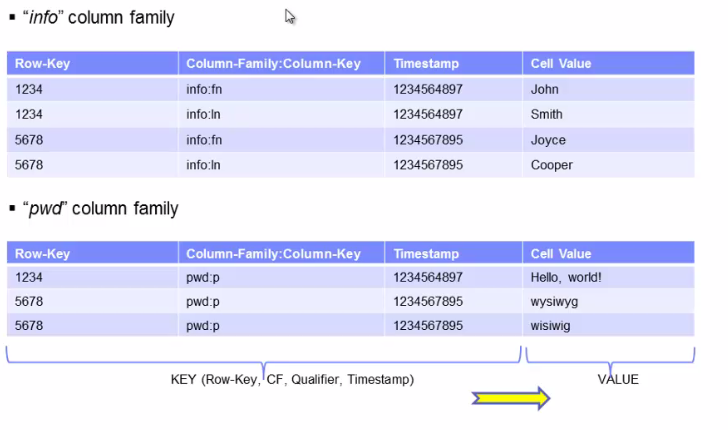 Let’s assume you want to read Row4. You will need data from the both physical files. In the case of CF1, you will get two rows since there are two versions of the data. 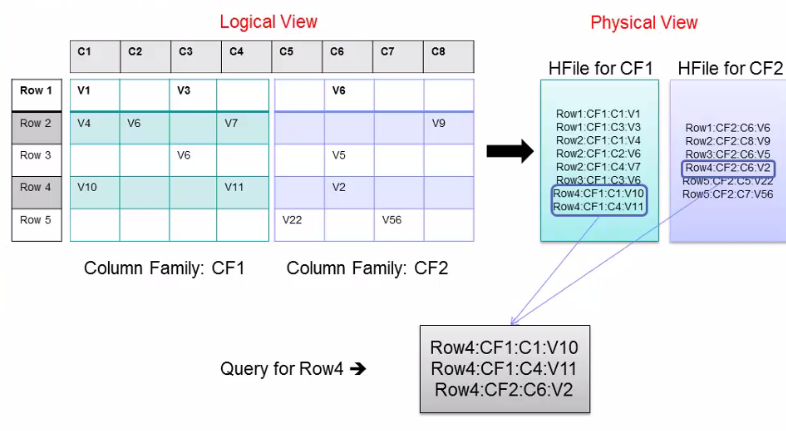 Here is how the components relate to each other. 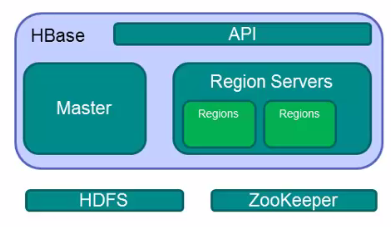 Insert data into a table
Insert at rowA, column “cf:columnName” with a value of “val1”
put ‘testTable’, ‘rowA’, ‘cf:columnName’, ‘val1’

NOTE: Some of this material was copied directly from the BigData University online class Using HBase for Real-time Access to your Big Data – Version 2.If you want hands on labs, more explanation, etc I suggest you check it out since all the information on this post comes from there.